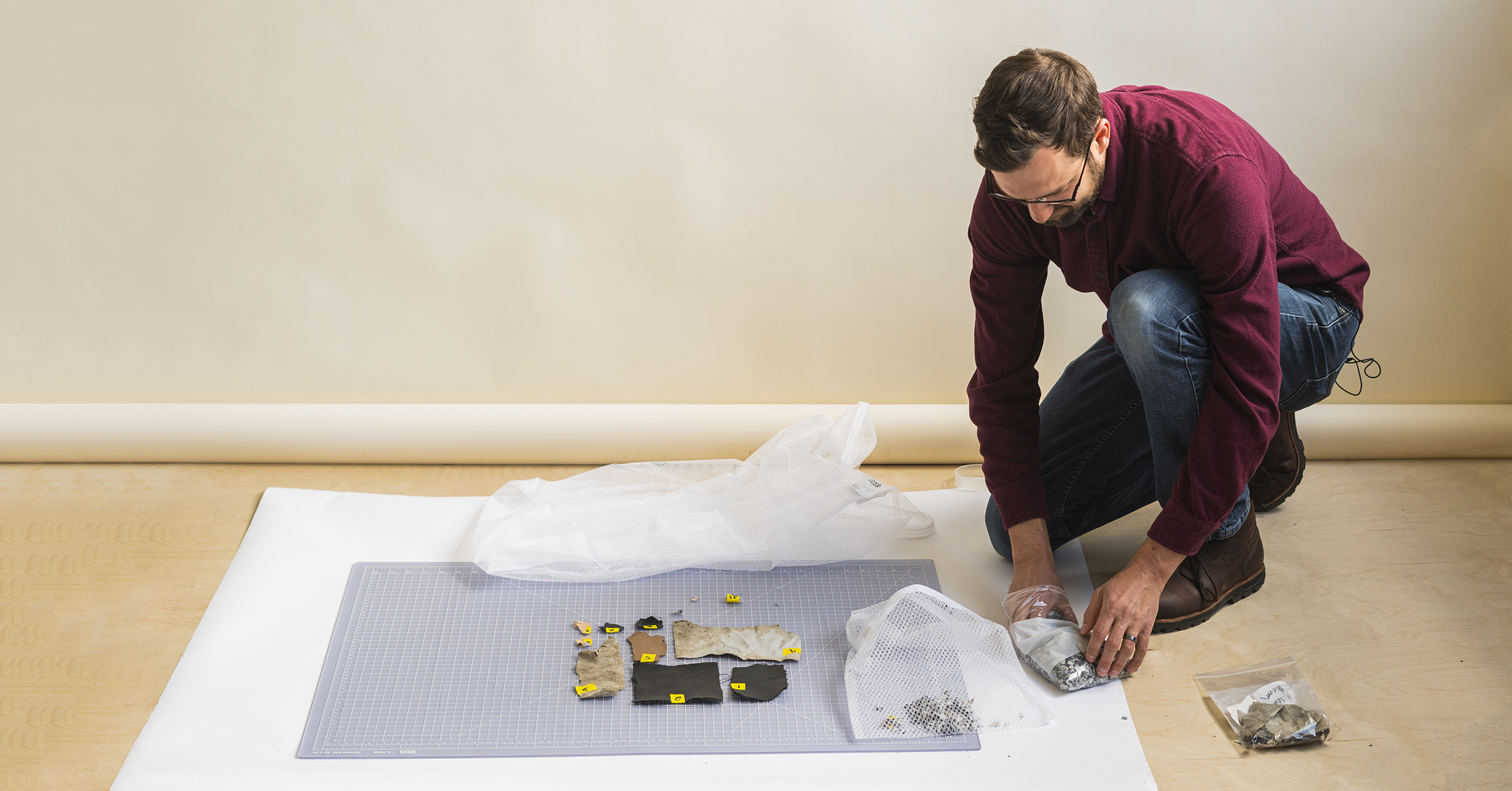 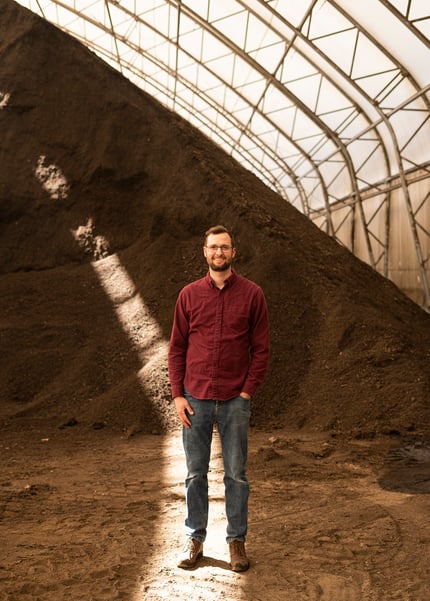 While visiting his family’s cattle ranch in southern Utah, Stephen Taylor gained a deep appreciation for the natural world. Its remote setting on the Virgin River, just outside of Zion National Park, is home to unique ecosystems that can’t be found anywhere else in the world—as well as some of the world’s most spectacular landscapes. “To me, there’s not a prettier place on planet earth,” Taylor declares.

Today, as Product Circularity Engineer for Natural Fiber Welding (NFW), Taylor is helping to lead an ambitious effort to ensure their materials do not harm the planet when they reach their inevitable end of life. That work encompasses both MIRUM®, NFW’s plastic-free leather-like material, and CLARUS®, its technology platform that transforms plant fibers into categorically new, high-performance yarns and fabrics.

Beyond the shroud of corporate greenwashing, the well-intentioned but inadequate recycling industry, and the hazy buzzword of sustainability, Taylor and NFW are working to achieve true product circularity. That means their materials start natural and stay natural—just like the original circular economy: nature itself.

As humanity comes to terms with the destructive health and environmental impacts of plastics and petrochemicals, this mission is as momentous as the gravity of the problem.

From Soil Science to NFW

A soil scientist by training, Taylor’s winding path through higher education prepared him well for his role at NFW. After earning his undergraduate degree in microbiology from Brigham Young University, he went on to pursue a master’s degree and Ph.D. in soil science at Washington State University. His Ph.D. thesis centered on the impact of microplastics and nanoplastics on soil systems, part of a rapidly emerging body of work on this worldwide problem.

While finishing up his doctoral work, Taylor did some technical consulting for the Compost Manufacturing Alliance. That’s how he met Alan Lugo, then a senior manager at Wolverine World Wide, a publicly traded Michigan-based shoe manufacturing company. Though Taylor didn’t know it at the time, this connection would soon alter the trajectory of his career.

Upon earning his Ph.D., he spent three months as a postdoctoral research associate at the U.S. Department of Energy’s Pacific Northwest National Laboratory. When the lab shut down due to the COVID-19 pandemic, Taylor accepted a position with an environmental monitoring company and returned to his home state of Utah. That’s when Lugo reached out to him again—only now his former colleague was with Natural Fiber Welding, serving as the firm’s in-house footwear expert.

With NFW seeing massive growth and investment, Taylor’s skills were just what they needed to validate their claims of material circularity. In December of 2021, he joined the company full-time.

Working remotely from his Utah home, Taylor is charged with thinking about circularity through a product manufacturing lens. What does it mean for a material to be truly circular from design all the way to end of life? When a MIRUM-based shoe eventually wears out, for example, what happens to it?

In gauging real-world environmental impacts, the claim of bio-neutrality is far more meaningful than the regulatory standard of biodegradability. Generally speaking, a plastic can be labeled “biodegradable” if it decomposes to greater than 90 percent CO2 within three to six months, depending on the environment it’s being tested in. “The problem is, nature doesn’t really work that way,” Taylor explains. Not only is the timeframe arbitrary, it doesn’t always account for the toxic chemicals that might remain after a plastic degrades. It’s simply not a comprehensive measure of what NFW is trying to do.

When you’re producing durable goods out of plant-based materials, you don’t want those materials to break down in six months. That’s why MIRUM may not be considered “biodegradable” by laboratory standards. Neither is a fallen tree, Taylor suggests, which takes years, even decades, to fully return to the earth. “But during that time, there are no negative effects on the environment. That tree is becoming food for other organisms that are cycling nutrients so more plants can grow.” This is bio-neutrality—and true circularity in action.

Beyond the semantics, how does one justify these claims? That’s where Taylor comes in. He is currently overseeing a number of studies that examine how NFW’s plant-based materials break down in different environments. One study, in conjunction with the University of Georgia, is looking at how MIRUM biodegrades in a soil-based environment. Another examines how those materials break down, and what chemicals come off them, when exposed to light, a process known as photodegradation.

And still more studies involve biodegradation in a compost environment. As a side project, Taylor has a setup in his basement for vermicomposting—using worms, rather than bacteria and fungi, to break down the material. “I think it’s a really interesting, potential end-of-life case for our materials,” he adds.

Most importantly, Taylor’s work revolves around true scientific proof of NFW’s material claims. “What claims do we and our partners and investors want to make? I’m the one who’s like, ‘Wait a minute, do we really know that? Can we really say that yet?’” he explains. “And if not, let’s do the tests to prove it.” 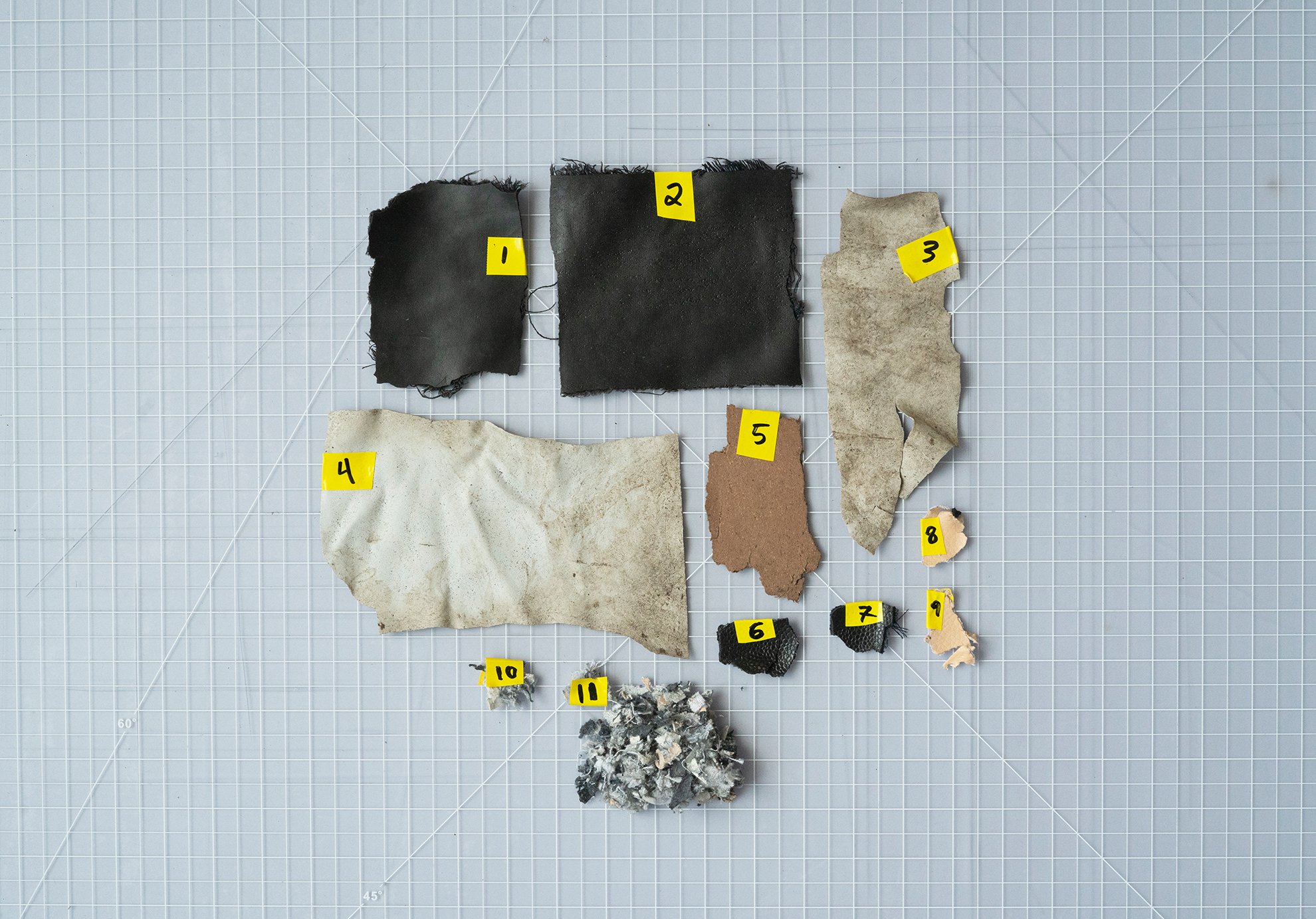 Sample NFW materials being prepared for an experiment.

NFW’s vision is not just a feel-good notion. It’s not an attempt to achieve a regulatory standard to satisfy the marketplace. They actually believe in the mission and its magnitude. Their objective is not only to create a profitable product, but to fundamentally alter billion-dollar industries and leave the world a better place than they found it.

That visionary leadership—and his critical role in facilitating its execution—is a driving force for Taylor. “The idea that we can make a durable, high-performance good without plastic is a pretty fundamental shift in modern-day production,” he explains. “Plastics are so easy to mold; you can make them into whatever you want. The idea that we can develop technology to do the same thing with plant materials is very exciting.”

Microplastics now can be found in every corner of the planet—from the deepest depths of the ocean to the most remote parts of Antarctica. The scale of the problem is well established, so it’s easy to forget this space is fairly new. The term “microplastics” wasn’t even coined until 2004. And as young as he is, Taylor himself was among the first scientists to study their impact in a soil environment. More recently, this worldwide body of research is beginning to document the connection to human health.

“We’re now finding microplastics and nanoplastics in our blood and inside of our bodies. What are the health effects of that? What is it doing to us as humans?” Taylor asks. “Hopefully this will be kind of the tipping point where people are like, ‘Okay, we’ve got to do something about this.’”

As the global plastic problem becomes stark and irrefutable, Taylor and NFW are beyond studying the problem. They’re already working on the solution.

And with nature as a guide, NFW’s mission could hardly be more critical.

Tags: Our Team, Interviews, MIRUM, CLARUS, Sustainability
Back to Blog

How industry circularity definitions differ from nature and why it matters

"Circularity" is quickly becoming a buzzword in the materials space as brands and consumers look...
Read More

At Natural Fiber Welding, we believe in the goodness of people. We’ve found time and time again...
Read More

MIRUM® stepped into the footwear industry in a big way this week, making its international debut...
Read More