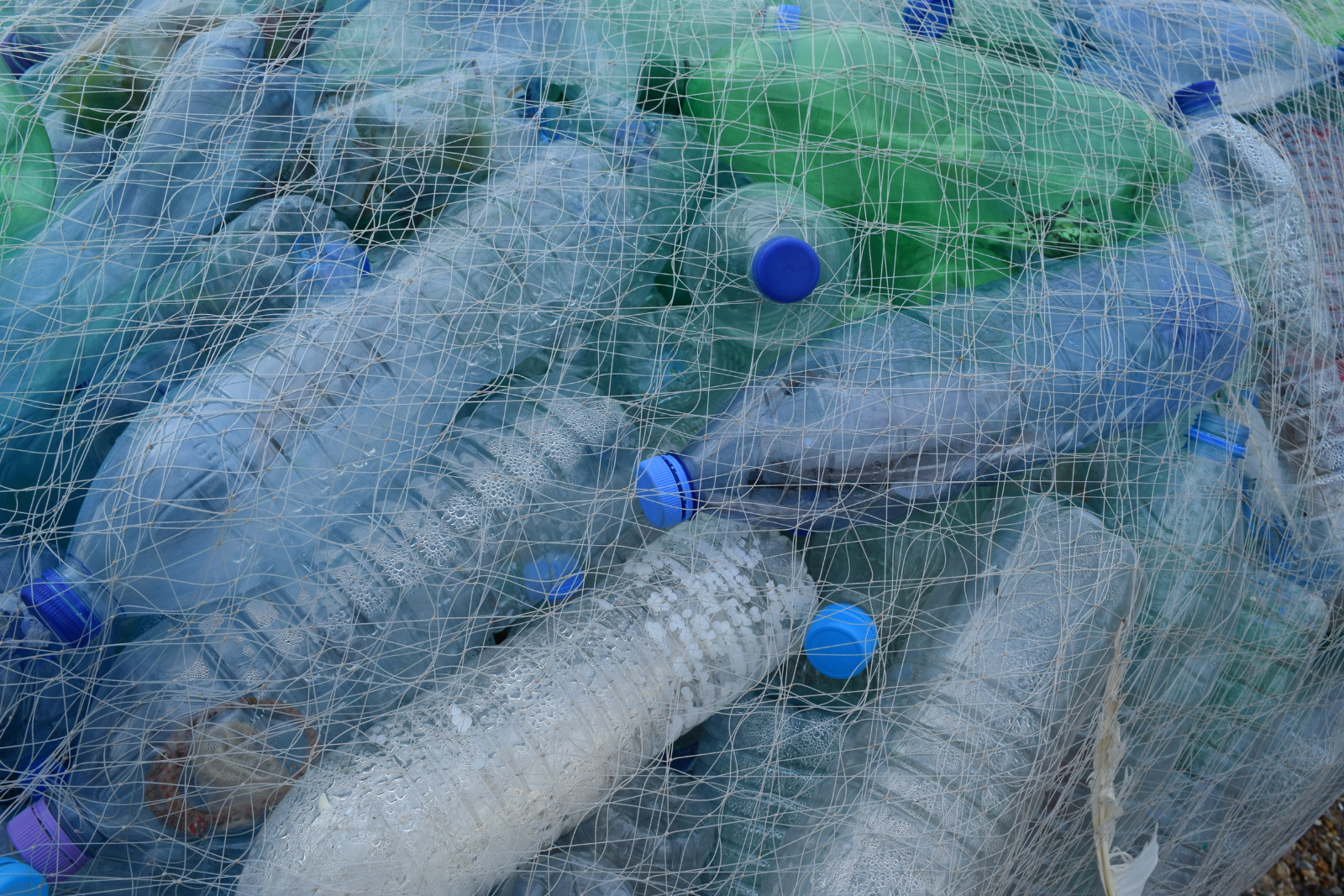 Five of the biggest problems with plastics

By now, you’ve probably heard that plastics aren’t good for the environment. But have you ever wondered why?

The plastics economy is fundamentally broken and is extremely unlikely to ever be the right “answer” for a sustainable circular economy.

When you think about the lifecycle of plastic, it isn't just problematic at the end its life; it's problematic from the very beginning. The plastic and synthetic fabric supply chain is inseparable from fossil fuel extraction and the ecological devastation it causes. From oil spills to habitat loss, the costs of mining fossil fuels are massive. Once plastic materials are in the hands of consumers, they shed microplastics. These tiny pieces of plastic pollution have now been found on nearly ever corner of the planet, harming wildlife and raising public health concerns for humans. And then, when plastics are discarded, the vast majority either end up in landfills where they leach harmful chemicals for decades or they get incinerated, releasing carbon into the atmosphere. Plastics are bad from start to finish.

At NFW, our mission is to use Plants, Not Plastics™ which allows abundance for everyone. Here are five specific ways that plastics are a big problem in the world.

A deep dive into the plastic industry by NPR and PBS Frontline examined the economic history and lies of recycling. They found that recycling has been used as a marketing tool, and was known from the beginning to not be a feasible solution.

Not even 10% of plastics ever made have been recycled (Royal Statistical Society, EPA).

The cost of recycling compared with cheap virgin plastic is a dissuading factor. The first difficulty is sorting out the many different kinds of plastics, since they can’t be reused together! And even the plastic that is recycled cannot be used many times — it quickly degrades in quality. On top of all that, the mere idea of recycling can increase plastic use. A study on “The Behavioral Economics of Recycling” examined the factors that influence our choices on the subject. They found that thinking about recycling can assuage guilt and lead people to use more materials.

2. The problems don’t end when we think they do

Though gas wells (which produce raw materials of plastics) are abandoned when they stop producing at volume, they don’t die. Bloomberg Green’s look at these sites discusses the jaw-dropping amount of methane that leaks into the atmosphere from wells that are not permanently “plugged” but more cheaply (and dangerously) “capped.”

Proposed solutions to ocean pollution have also dropped the ball. The Alliance to End Plastic Waste is a nonprofit made up of big oil and chemical companies that committed to partnering with Renew Oceans to “end plastic waste in the environment and protect the planet.” However, as Reuters broke the news earlier this year, these efforts ended in 2020. The companies in this non-transparent and symbolic group did nothing to reduce plastic production, which still outweighs by far recycled materials.

Plastics cannot biodegrade. However, from natural forces like sunlight, they fragment into tiny pieces, called “microplastics” or even smaller to “nanoplastics” (IUCN, Plastics and Environmental Sustainability). An article from National Geographic notes that microplastics have been found everywhere in the world, from the tallest mountains to the deepest trench in the oceans. It has been especially studied in oceans for their impact on marine life. If things don’t change, by 2050 there could be more plastic by weight than fish in our oceans, according to the Ellen MacArthur Foundation.

Microplastics emerge from a number of different sources, from litter on the streets to our polyester clothes. To lessen this problem from clothing, many people support running the washing machine less frequently — however, there is now research that shows that wearing clothes may shed more microplastics than washing them.

As above, microfibers can be found everywhere in the world, as well as in our bodies (International Journal of Environmental Research and Public Health) and even in human placentas (Environment International). They enter our bodies through our air, water, and food. We recognize that we aren’t even addressing the impact of petrochemicals on wild animals in this post, which is an important topic as well.

Plastic’s impact on our health isn’t only a worry from a waste perspective. Studies have linked chemicals that leach from plastics with adverse health effects in areas like fertility and metabolic disorders (Harvard Health Publishing) as well increased problems for babies and children exposed to pollution. When coal and oil plants close, however, the outcomes improve, and the number of premature births decrease dramatically (American Journal of Epidemiology).

5. Plastic production is not stopping

The amount of plastic the world produces has exponentially increased over time, and is still growing. Forecasts for plastic production by 2050 range from doubling or tripling the amount that’s made now which is already in the hundreds of millions of tons.

The world needs a cure for the plastic problem, but the solution can’t be more plastics. Join NFW as we build a new materials industry by unlocking the power of Nature. 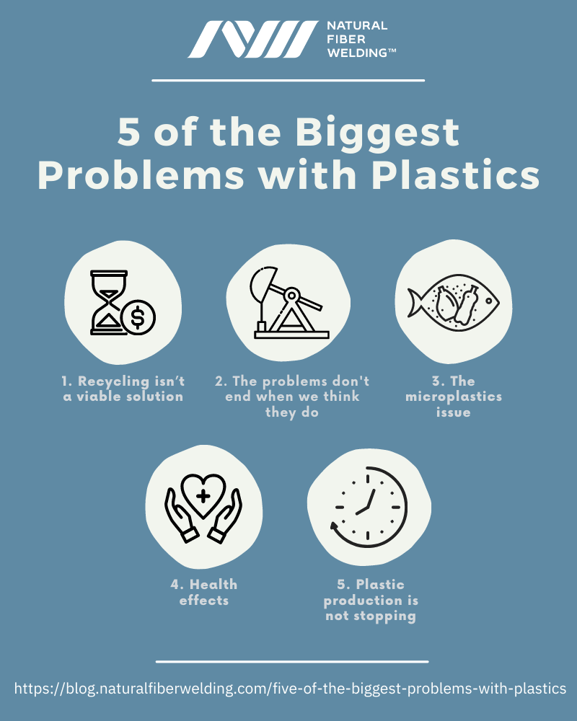 Allbirds launches the Plant Pacer Sneaker made with MIRUM®

Plastic-free, all-natural MIRUM® was recently featured in an automotive interior prototype by the...
Read More